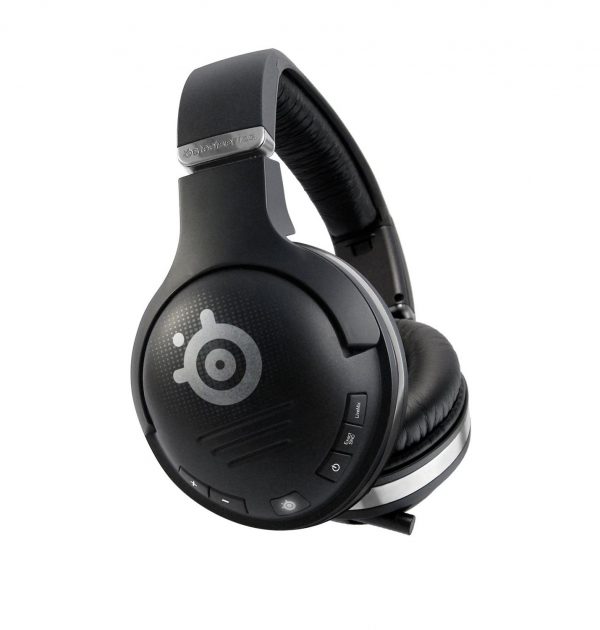 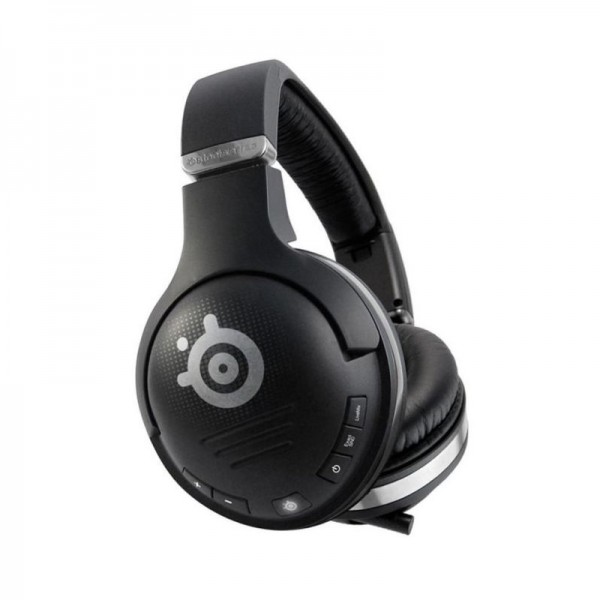 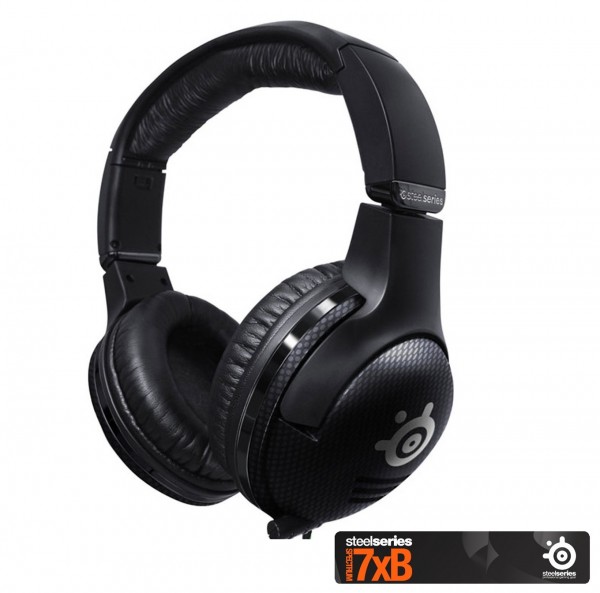 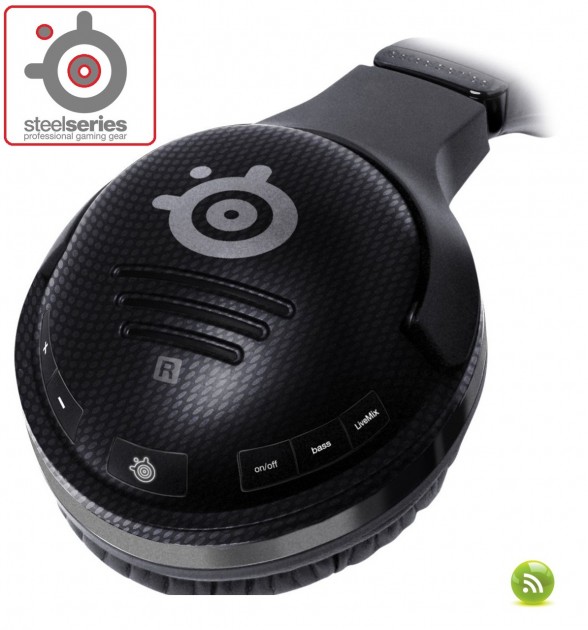 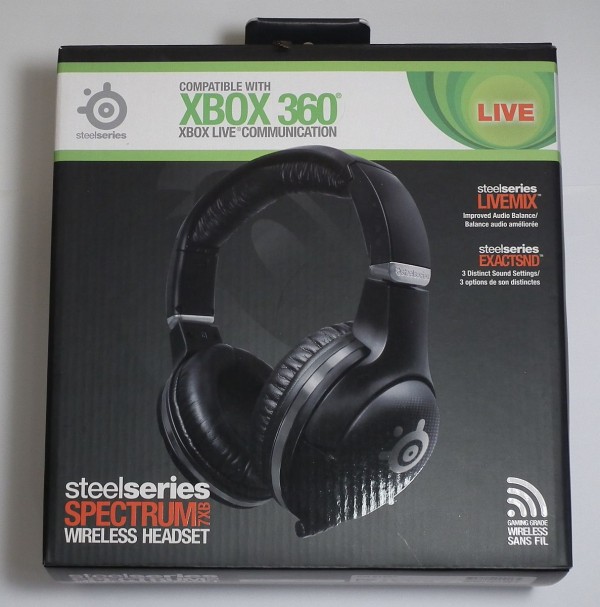 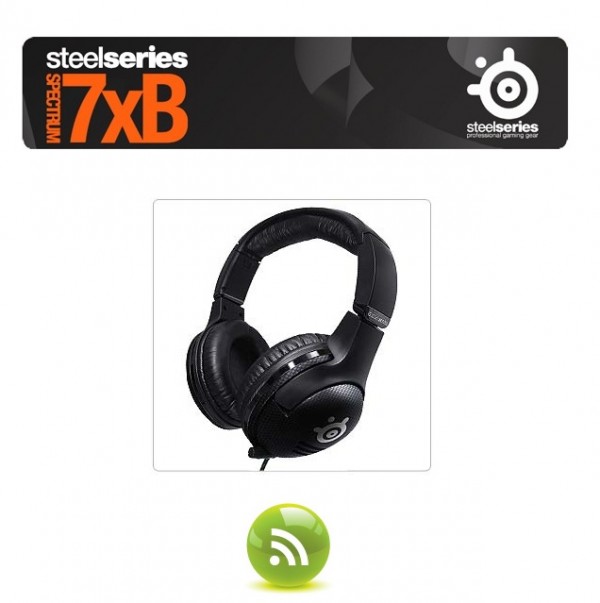 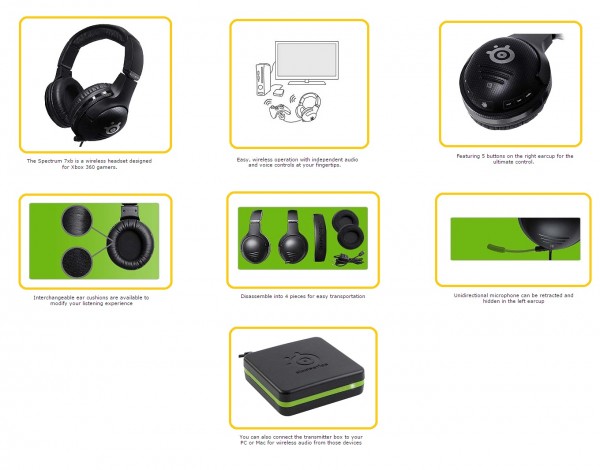 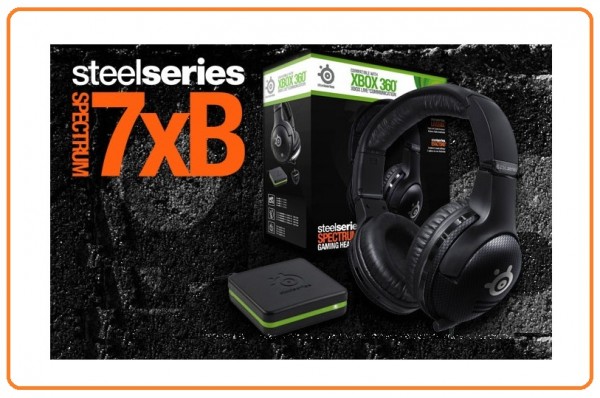 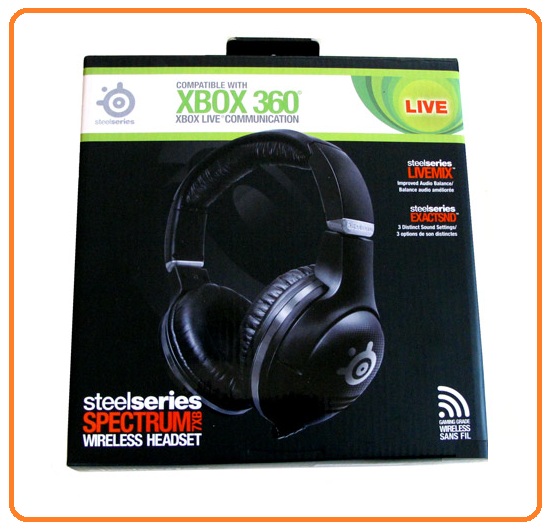 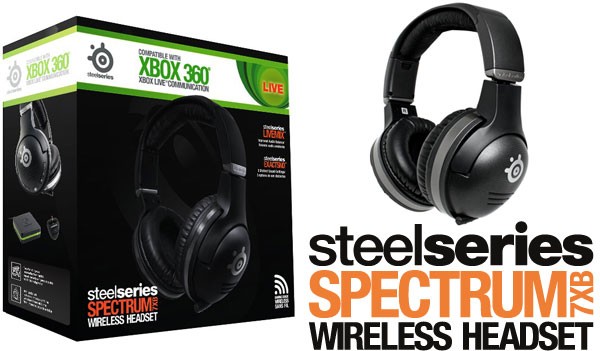 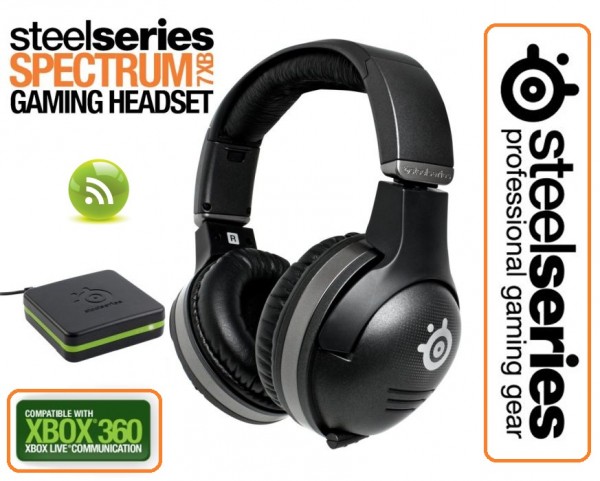 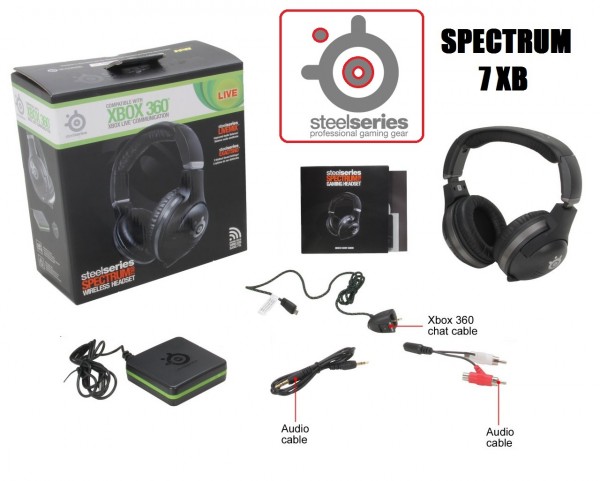 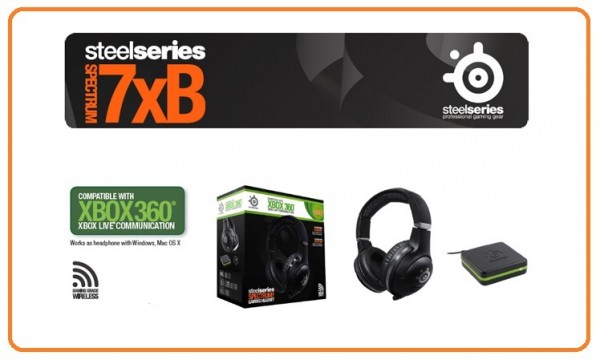 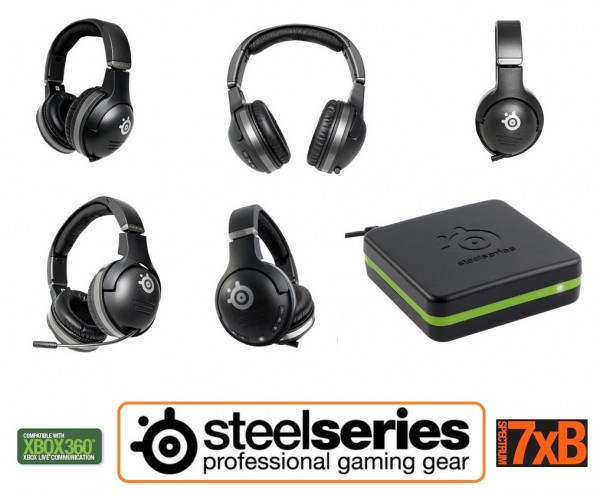 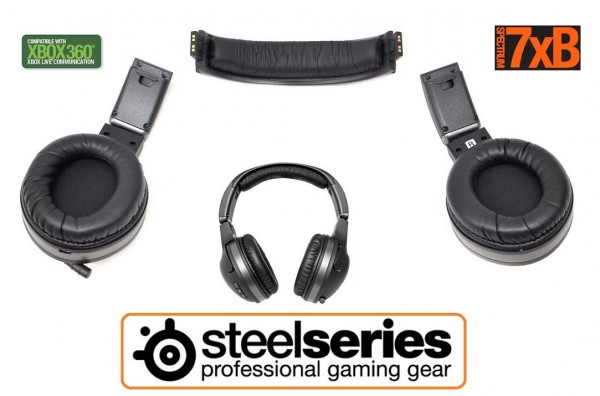 Take your Xbox 360 gameplay to an entirely new audio level !

The SteelSeries Spectrum 7xb is equipped with advanced wireless technology and 50mm drivers for premium wireless audio quality. Five powerful buttons (on/off, volume +, volume -, LiveMix and ExactSND) on the left earcup improve the way you control your audio and hear the game.

The LiveMix button allows you to activate LiveMix feature for improved balance and mixing of Xbox LIVE chat and in-game audio with the a press of a button.

The ExactSND button allows you to switch between three settings that have been preconfigured for three very different uses.

The SteelSeries Spectrum 7xb also comes with some of SteelSeries’ signature features like interchangeable earcups, a retractable mic system, and even a four piece travel-friendly breakdown.

You can connect up to four SteelSeries Spectrum headsets to your TV/Xbox 360 at one time for group game playing. After prolonged inactivity (approx. 5 minutes), the SteelSeries 7xb will automatically shut down, ensuring that you get the most out of your 20+ hours of battery juice from the two AAA batteries powering the headset.

The headsets wireless transmitter, no larger than a deck of playing cards, utilizes a 2.4 GHz proprietary radio interface which powers the wireless functionality of the headset.

The transmitter connects directly into the Xbox 360 console and is equipped with connections for USB, 3.5mm and RCA jacks allowing the user to choose their preferred connection.

The Spectrum 7xb will operate up to 30 feet away from the Xbox 360transmitter and features a smart LED to notify when the headset is connected.

The Spectrum 7xb is powered by 50mm drivers for a superior reproduced soundscape. Perfected for both Xbox 360 and PC gaming, the Spectrum 7xb was tested by professional gaming teams in order to achieve great sound for all ears. The 7xb can also be used as a wireless headphone to enjoy music, TV, and movies.

It’s important to have options. The Spectrum 7xb is equipped with leather ear cushions that are interchangeable with cloth earcups that can easily be swapped out for a completely different audio experience. Regardless of what type of sound you prefer, both ear options surround the outside of the ear, making them comfortable to use. The cloth ear cushions are sold separately.

The Spectrum 7xb operates with wireless 4Mbit/s bandwidth for true “lossless” digital audio. It was designed to avoid interference from other devices, using intelligent frequency hopping up to 344 times/second to offer crystal clear audio.

The Spectrum Xbox 360 transmitter connects the headset to your Xbox and operates up to 9 meters (32 ft.) away. The headset features a smart LED to notify when the headset is connected.

The ability to disassemble the SteelSeries Spectrum 7xb into 4 pieces including each earcup, headband, and the cord, makes it ideal to travel with.

All found on the right earcup, 7xb wearers can access 5 important buttons that will ultimately improve the way they control their audio and hear their game: On/Off, Volume Up/Down, LiveMix, and ExactSND.

SteelSeries LiveMix allows you to hear everything that matters in team-based games; you simply click one button to activate this feature. LiveMix balances the levels between Xbox LIVE chat and in-game audio on-the-fly, as the game develops around you, making it easier than ever before for you to hear your teammates.

The ExactSND button allows you to switch between 3 settings that have been preconfigured for three very different uses: Performance, for directional sounds footsteps and gunfire; Immersion, for optimized environmental sound and game music; and Entertainment, for increased bass levels and environmental sound when watching movies.

The unidirectional microphone is only compatible with Xbox 360 and can be retracted and hidden in the left ear cup. This signature and durable SteelSeries headset feature allows users to operate the headset in any type of environment, whether in your own home or out in public. The easy and safe mic storage makes travel to tournaments or to a friend’s house worry-free.

After prolonged inactivity (approx. 5 minutes) the SteelSeries 7xb will automatically shut down ensuring that you get the most out of your 20+ hours of battery juice from the two AAA batteries powering the headset.

Now, because gaming is usually more fun when you play with others, you can connect up to 4 SteelSeries Spectrum headsets to your TV/Xbox 360 at a time.

Tuck away your microphone and simply listen to your favorite movies, music, and entertainment, wirelessly. Connect the SteelSeries Transmitter box to your Mac or PC for a wireless headphone audio experience at a range of up to 30′ from those devices.

What’s in the Box